New Era is More Than a Logo

What is Going to Happen Beginning May 29th?

Many of us believed that Passover in April was, in reality, a true Passover because of the Coronavirus pandemic. On the original night of Passover, the Hebrew people applied the blood of a lamb on the doorposts of their shelters. They were sheltered-in-place as the plague of death moved through Egypt. The plague did not harm the Hebrew people but actually passed over their houses. During this Coronavirus pandemic, our faith in the blood of Jesus has been our covering as death continues to pass through the Earth.

not witnessed since the outpouring of the Holy Spirit in Jerusalem 2,000 years ago? That outpouring that occurred during the Jewish festival of Pentecost ushered in a great harvest of souls. It is my heartfelt belief that this Pentecost, which begins on the evening of May 29th, will be signified by a great ingathering of people turning to God and many supernatural signs throughout the Earth! A true Passover and a true Pentecost.
Posted by bill phares No comments:

I believe that this message from my friend, DeVonne Bonnie Simmons Reed, is especially timely during Holy Week and the beginning of Passover. It is a vision and prophecy she received from the Lord five years ago on April 6, 2015.

May we not only hear what the Spirit is saying but also heed it.
Posted by bill phares No comments:

SIGNIFICANCE OF PASSOVER & THE CORONAVIRUS 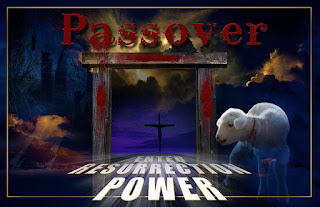 "The blood will be a sign for you on the houses where you are. When I see the blood, I will pass over you. So there will be no plague among you to destroy you when I strike the land of Egypt." Exodus 12:13 The Jewish holiday Passover begins this Wednesday at sunset. The first Passover occurred the night the death angel passed through the land of Egypt where the Hebrew people were slaves. God instructed the head of each household among them to take the blood of a lamb and apply it to the doorposts and lintel of every Hebrew home. When the death angel passed over Egypt every home where the blood had been applied was spared. No death came near their dwelling.
Psalm 91:9-10 "For you have made the Lord, my refuge, even the Most High, your dwelling place. No evil will befall you, nor will any plague come near your dwelling."
Jesus became our Passover lamb and his blood applied by faith to our lives covers and protects us from evil and plague. During the eight days of Passover 2020 find a time to receive the Lord's Supper and/or a Seder meal to remember and commemorate the sacrificial lamb slain and his precious blood. There is power in the blood and it will never lose its power to save and protect. The coronavirus is no match for His blood.
Posted by bill phares No comments: