Last Monday I posted a video about my renewed call to Eastern Europe. Last night I attended a worship service in a home of ministers to Israel. A pastor and his wife from Germany were in attendance. His name is Karl Phillippe Schneider and he is pastor of Church of God KdöR in Magdeberg*. This city was very important in the life of Martin Luther. It is also located in the eastern part of Germany which was once controlled by the Soviet Union. Karl's wife Claudia's parents lived under Communist control. I do not believe both of us were at this meeting by coincidence! The timing had to be a God arrangement. I am going to make a video today saying more about this. I can't quit pondering all of this, Selah 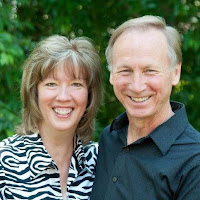 The ministers to Israel are Jerry and Karen Ellard. They recently returned to the U.S. for a short season but plan to return when that door opens. They minister in the Jerusalem Prayer Tower and King of Kings Community Jerusalem. My wife met them recently at a church in Birmingham where they were ministering. A connection was made and last week the Ellards invited us to a time of praise and worship in their home last night. It just so happens that their home is a mile away, as a crow flies. My love for Israel and my renewed call from God to Eastern Europe merged as two rivers came together. I am still overwhelmed by all of this!

Think of the possibilities of this happening unless the Lord brought us together. The Ellards had to leave their home in Jerusalem at a certain time. The Schneider's had to be in Alabama, all the way from their home in Germany. Both couples met each other last Sunday at the same church in Birmingham. The Ellards invited the Schneiders to attend the praise and worship event in their home, which is one mile from my home. The Ellards had invited us before they met the Schneiders. I will not go into detail about how my being willing to attend was an answer to prayer for my wife. Innumerable details in all of our lives and circumstances had to come together at precisely the exact moment in history! Selah

The Lord knows our future and where our paths will lead us.

* In about Easter 1497, the then twelve-year-old Martin Luther attended school in Magdeburg, where he was exposed to the teachings of the Brethren of the Common Life. In 1524, he was called to Magdeburg, where he preached and caused the city's defection from Catholicism. The Protestant Reformation had quickly found adherents in the city, where Luther had been a schoolboy.
Posted by bill phares