So we don’t spend all our time looking at what we can see. Instead, we look at what we can’t see. That’s because what can be seen lasts only a short time. But what can’t be seen will last forever. (2 Corinthians 4:18) What kind of eyes can see what cannot be seen?

Instead of looking so much at our outward appearance it would be worthwhile to focus on eternal issues. What will matter most when our life ends here on Earth; our bodies or our spiritual soul?
Posted by bill phares No comments:

Death avoidance is a major pastime in our culture. The avoidance of death preoccupies the focus of most health professionals, including policy makers, in the western world...Kay Price & Julianne Cheek. Avoiding Death

At the same time, many of us ride motorcycles and parachute from airplanes. It is almost like we are tempting death. With the advent of cell phones, one almost takes his life into his own hands each time he drives. We avoid death, but we also live close to it daily.

The death of a loved one brings heartache and sadness. The death of a dream or a relationship can make the heart sick. How can death ever bring blessings?

In our natural way of thinking it cannot, but from a spiritual perspective blessings can come out of death. "I tell you the truth: unless a grain of wheat is planted in the ground and dies, it remains a solitary seed. But when it is planted, it produces in death a great harvest." John 12:24

Following the death and burial of Jesus there were eleven disciples who had followed him, but following the resurrection millions follow Jesus today. Out of death came a great harvest!

"To find your life, you must lose your life—and whoever loses his life for My sake will find it." Matthew 10:39

"The death of a dream can in fact serve as the vehicle that endows it with new form, with reinvigorated substance, a fresh flow of ideas, and splendidly revitalized color." Aberjhani

Out of death new possibilities and dreams can flow. Out of death blessings can spring forth. 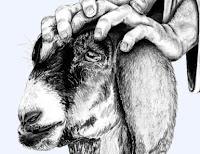 In our society, it seems it is always someone else’s fault when things go wrong. It is hard for many people to admit fault when relationships go bad or organizations experience diﬃcult times. Taking personal responsibility is not easy. Dr. David Hawkins, director of the Marriage Recovery Center, writes, “Shifting the blame is the oldest tactic known to humankind for avoiding taking responsibility for our actions. While shifting the blame may seem innocuous enough, it is deadly.”. This action is called scapegoating.

There is an organization in England, the Scapegoat Society that serves as a resource both for people who have experienced being a scapegoat and for people working professionally to resolve scapegoat problems. Scapegoating is found in all walks of life.

The origin of the term scapegoat is found in the Old Testament. The biblical scapegoat is a powerful image of Jesus taking away the sins of the world. The scapegoat is described in Leviticus 16:5–10:

“He [Aaron] shall take from the congregation of the sons of Israel two male goats for a sin oﬀering and one ram for a burnt oﬀering. Then Aaron shall oﬀer the bull for the sin oﬀering which is for himself, that he may make atonement for himself and for his household. He shall take the two goats and present them before the Lord at the doorway of the tent of meeting. Aaron shall cast lots for the two goats, one lot for the Lord and the other lot for the scapegoat. Then Aaron shall oﬀer the goat on which the lot for the Lord fell, and make it a sin oﬀering. But the goat on which the lot for the scapegoat fell shall be presented alive before the Lord, to make atonement upon it, to send it into the wilderness as the scapegoat. He shall make atonement for the holy place, because of the impurities of the sons of Israel and because of their transgressions in regard to all their sins; and thus he shall do for the tent of meeting which abides with them in the midst of their impurities. When he ﬁnishes atoning for the holy place and the tent of meeting and the altar, he shall oﬀer the live goat. Then Aaron shall lay both of his hands on the head of the live goat, and confess over it all the iniquities of the sons of Israel and all their transgressions in regard to all their sins; and he shall lay them on the head of the goat and send it away into the wilderness by the hand of a man who stands in readiness.”

The iniquities and transgressions of all Israel were laid on the head of the scapegoat. Aaron spoke and confessed over the goat all the iniquities and transgressions. Aaron spoke to the goat, and he touched the goat. Clearly, the scapegoat is a foreshadowing of the cruciﬁxion of Jesus. On the cross Jesus carried on his body all the iniquities and sin of humankind. God could not look at Jesus, the sin-bearer. For the ﬁrst time in the relationship between Jesus and his heavenly Father there was a separation. Perfect communion was broken and Jesus cried, “My God, my God, why hast thou forsaken me?” Jesus had become the scapegoat in the wilderness, bearing not his sin, but the sin of all humanity. He was totally alone in the wilderness! 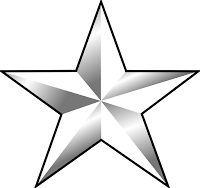 Are there military officers that lead the body of Christ? The New Testament describes Church leaders as pastors, bishops, apostles, elders, and deacons. The pastor is admonished to shepherd the flock of God. Have you ever read about Army Generals in the books of the New Testament? The title of "army general" is usually held by the equivalent of a four-star general, and corresponds to the command of an individual army in the field. So, is there any validity to the many men and women referred to as generals in the Church?

Last night I had a dream that I was wearing a military uniform. I thought that after all my years as a pastor I surely must be a captain. When I looked in the mirror I saw that I was a second lieutenant and not a captain. I reflected on this dream all day and believe it was an insight I should share with fellow believers. When I was twenty years old I served as an enlisted soldier in the Army. Several years later I served as an officer in the National Guard. I actually had more authority in Vietnam as an enlisted soldier than I did as a 2nd Lieutenant in the National Guard. Whether we are a member of a congregation or a pastor, our faithfulness to our assignment is what matters to God. We are all disciples of Christ and members of His body.

I understand and believe in showing honor to those in whom honor is due. My concern is that the emphasis being placed on generals can become divisive and can lead to unhealthy relationships within the Church. Rather than referring to people as generals, the title of leaders should be sufficient.
Posted by bill phares No comments:

I am beginning to regularly see the numbers 444 again. I notice 4:44 p.m. every afternoon and also awake at 4:44 a.m. most mornings. Several others have mentioned to me that they are seeing 444 often.

Spiritually, 4 is linked to creation. We especially see this in the book of Genesis and the record of creation. 4 seasons are significant, and especially as we are experiencing the season of spring at this time. It is a time of new creation and life in nature. On Sunday, March 13th we set our clocks one hour ahead. We will spring forward.

I believe many believers will begin to experience new creation in their spiritual and natural lives. It will be a time of the creation of new opportunities, new growth, and something new. It will be time to spring forward with projects of faith. This is the time of a new creation in various areas of our society as well. Watch for God to create in the natural what has only been seen until now in the spiritual.
Posted by bill phares No comments:

Watch for the Unexpected to Emerge

This is critical time of change. There is an undercurrent working below the surface of normal life. The media is obsessed with the political climate of America, while natural disasters continue to be the result of our shifting climate.

I continue to hear the word "emerge" in my spirit. Out of the morass I believe something is about to emerge that will catch the attention of the entire world. A person, situation, or event will rise or appear from a hidden or unknown place or condition. Whatever it is will come out into view.

Keep you eyes and ears open as the month of March progresses.