The Mystery of the Shemitah on My Retreat 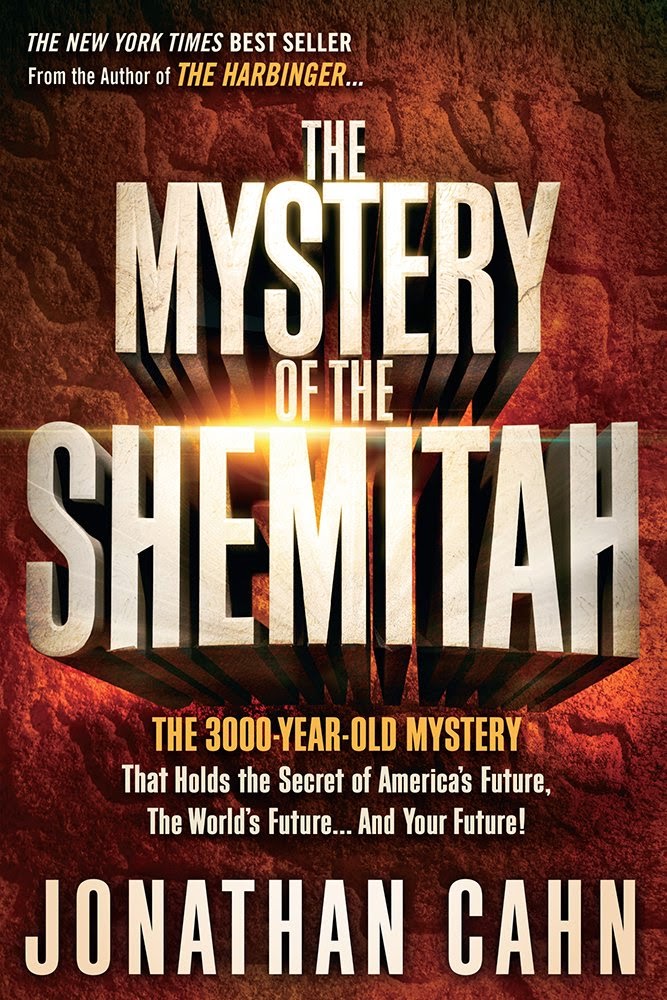 "Expanding on a mystery introduced in his bestseller The Harbinger, messianic rabbi Jonathan Cahn explains the prophetic significance of the "Shemitah"---a recurring Sabbath year prescribed by the Torah. Learn how the ancient 7-year milestone is connected to world history, including the events of the Great Depression, 9/11, and---possibly---the fall of the United States."

I read this book in November during a five-day retreat. I got away to pray and seek the Lord's word for me to share in 2015.  Several friends had asked me if I knew anything about the Shemitah. I had never heard this word before, and I have been a Christian for forty-four years.

On the second day, I downloaded the eBook version. I began to read and had a hard time putting it down. I was fascinated as the pieces to the prophecy puzzle started coming together for me. I did know about the Sabbath year, but I didn't realize its name, the Shemitah. I wanted to know more.

I knew this was my word from the Lord for 2015. Everywhere I minister, I will be teaching and preaching about the Shemitah. The Shemitah year is the seventh Sabbath year. God told Moses that every seventh year Israel was to let the land rest for one year. Israel did not honor the Lord by keeping Shemitah.

We have experienced accelerated change since that time. I am looking for significant things to happen this fall. Only God knows what it will be. Just be prepared.
Posted by bill phares