A Call to Muslim Prayer in an Unusual Place 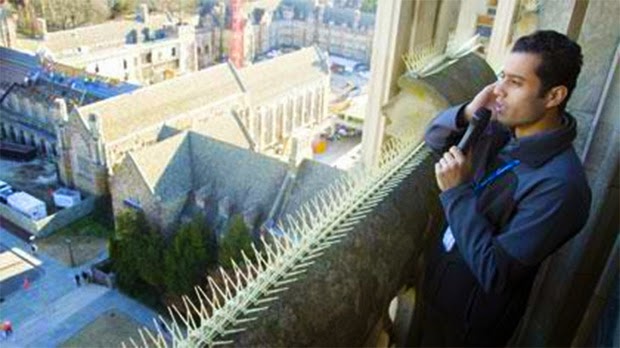 Members of the Duke Muslim Students Association will chant the call, known as adhan or azan, from the Duke Chapel bell tower each Friday at 1 p.m. The call to prayer will last about three minutes and be “moderately amplified,” officials said in a statement Tuesday. “This opportunity represents a larger commitment to religious pluralism that is at the heart of Duke’s mission,” said Christy Lohr Sapp, the chapel’s associate dean for religious life. “It connects the university to national trends in religious accommodation.”

I wonder if a Muslim University would allow followers of Jesus this same opportunity? If you have ever been to Israel, you hear the Muslim call to prayer regularly. Now, Duke's students and faculty will hear the same call beginning this Friday. My, my how sad. What are we going to allow next in the name of pluralism?

President Obama said, "The sweetest sound I know is the Muslim call to prayer." He must have a strange sense of sound. To me, it is the weirdest noise I have ever heard! Obama also said, "Islam has always been a part of America, and I also know that Islam has always been a part of America's story." I call his knowledge of American history, "Selective Revisionism." "Oh, what a tangled web we weave... when first we practice to deceive."

Christy Lohr Sapp said when referring to the Muslim prayer at Duke, "This opportunity represents a larger commitment to religious pluralism that is at the heart of Duke's mission." With this mission, Duke University will have no problem embracing a one-world religion.


Is there evidence that we are also witnessing the globalization of religion?  Well, yes there is.  In fact, it appears that Pope Francis intends to lead the way. Since he has been Pope, Francis has expressed a desire for unity with the Eastern Orthodox, the Anglicans, and many other major Protestant denominations.
Veterans of the Korean and Vietnam wars fought to stop the spread of Communism into the Asian nations. As a Vietnam veteran, I am saddened to see the spread of the Muslim culture in America. However, I am angry about Radical Islam attempting to infiltrate every culture in the name of the Radical Islam god. I will never accept their religion, even if it means I lose my life. It may come down to this!